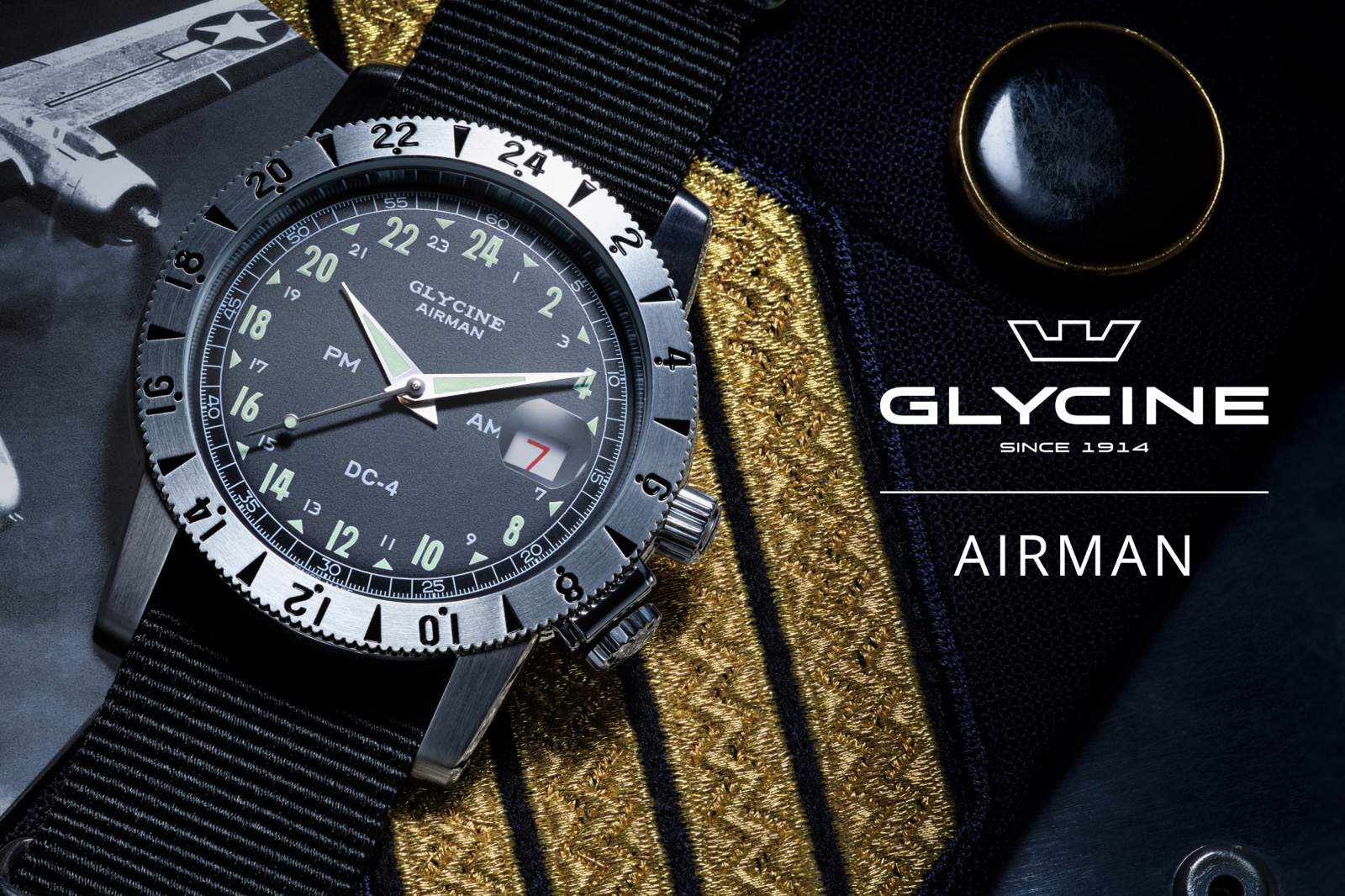 Whenever the subject of aviation comes up, the name of Glycine is mentioned as one of the pioneers of watchmaking for pilots and frequent travellers. Beginning in 1953, Glycine started the production of the Glycine Airman, a watch that became legendary for introducing multiple time-zone watches to the market. Since then, Glycine has developed an unbroken chain of aviation watches, ranging from successively more complex world timers to unique collectors items.

In 2002 Glycine reached a new pinnacle when it launched a genuine innovation: The Glycine Airman 7, featuring three mechanical movements simultaneously displaying the time in four time zones. In 2014 Glycine launched the Glycine Airman Airfighter, another genuine milestone in the history of pilot chronographs. While maintaining the craftmanship, the Glycine Airman collection has embraced new technology and made Glycine a highly respected name in the watchmaking today.